Hello Everyone,
thanks to the folks from Sony Pictures Singapore, Baby and I got the opportunity to catch the 21 Jump Street movie preview yesterday! Just like the many other movie previews that we attended, this one was held at The Grand Cathay and we had to deposit our mobile phones for security purposes as usual. By the way, 21 Jump Street is set to be released in Singapore on the 10th of May 2012.

In the action-comedy 21 Jump Street, Schmidt (Jonah Hill) and Jenko (Channing Tatum) are more than ready to leave their adolescent problems behind. Joining the police force and the secret Jump Street unit, they use their youthful appearances to go undercover in a local high school.

As they trade in their guns and badges for backpacks, Schmidt and Jenko risk their lives to investigate a violent and dangerous drug ring. But they find that high school is nothing like they left it just a few years earlier – and neither expects that they will have to confront the terror and anxiety of being a teenager again and all the issues they thought they had left behind. 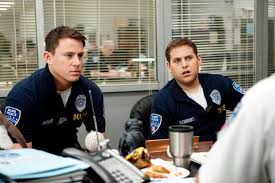 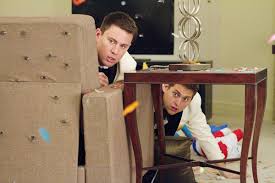 Our Review of the Movie:

Seriously, this movie is really worth catching because it is extremely hilarious. However, this film would definitely not be suitable for teenagers below 18 as its themes are centred on sex, drugs, and vulgar language. Hence, it is not really a movie for family get-together but more for a group of friends. I believe that the movie might be rated at least NC-16/M-18 when it is release in Singapore.

Well, other than that, we love the movie because the main actors, Jonah Hill and Channing Tatum, were really in sync with one another and they acted their parts really well. Not only that, the storyline was fantastic and the jokes were just really funny. So, we really do recommend you to watch this movie once it is release in Singapore on the 10th of May.

Stay tune for more updates from us!